The Chakras And The Two Trees (Book Chapter) 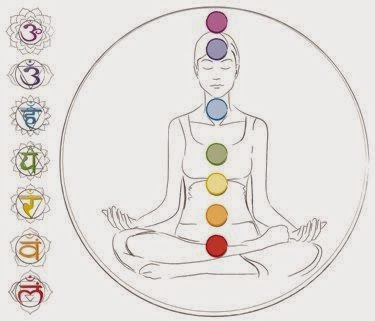 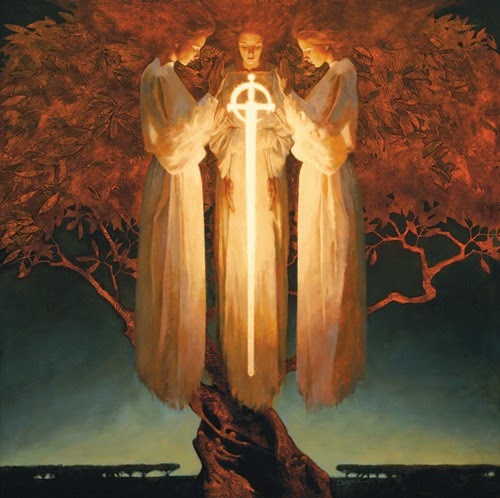 A few years into my journey with Kundalini Yoga, I had several devastating life events happen around the same time. Most were beyond my understanding, but my reaction was not what it might have been a few years earlier. I went immediately into a neutral, meditative mind. All was darkness around me, but I stayed in the light of God’s love and prayed to “see things as they really are.” Things got darker and heavier. I went deeper. For twelve days I hung by a fingernail over the canyon of doom. I clung to faith and hope.
Then one night, in the middle of the night, I heard the word of the Lord tell me that because I had struggled with a dark presence that had possessed my body for many years, he would now cleanse me from it.[14] After twelve full days of fervent prayer, twelve years of unexplained torment were over. The next night, in the middle of the night, I felt a burning sensation going up my spine and out the branches of the nervous system in a tree-like pattern across my back. It felt like marbles made of fire were trying to squeeze through tiny nerve-sized canals. At first, I was afraid it was darkness trying to get in again. Then, I was inspired to sit up straight and do Breath of Fire.[15] In less than a minute, the energy quickly moved through the rest of the nervous system without pain. It felt like my nervous system had just recalibrated and rebooted. I felt great for days after.
For many years I had been adding more and more light to myself, but only after casting out the devil was my Kundalini finally able to flow completely freely through my already-strong nervous system. It was amazing. Keeping it up was an interesting battle during that dark time in my life, but I endured. Shortly thereafter I began to experience an outpouring of spiritual gifts and visions. Many nights I felt Christ come personally to heal me or be with me. One night, I discerned with my spiritual senses that God wanted to give me something: a flaming sword. I didn’t understand it then, but I accepted it. He commanded me to wear it on my back and not to use it unless instructed. I imagined placing it, like an arrow, in the quiver of my spine.
Only recently have I come to understand the implications of this symbolic vision. Though I am not yet perfect, I have been given access. I had the impression that this experience may have been the transition from growing “grace for grace,” which implies an exchange, to growing “grace to grace,” implying steady incremental growth that is given. Each day, as I choose to partake of the fruit, more cells in my body are changed.
[1] Ezekiel 10:20.
[2] The Church of Jesus Christ f Latter-day Saints, “Fall of Adam and Eve,” accessed March 8, 2014, https://www.lds.org/scriptures/gs/fall-of-adam-and-eve.
[3 &4 ] Used in a sidebar not shown here.
[5] 2 Nephi 2:11–16.
[6] Paramahansa Yogananda calls it “Kriya Yoga” and “the science of God-realization” throughout his book The Yoga of Jesus (Los Angeles: Self-Realization Fellowship, 2007), and I like the second term.
[7] This first covenant was the one in which God promised Adam and Eve a Savior if they promised to obey God’s laws and repent when they erred. The technology they received is sacred and only revealed in the House of the Lord.
[8] Royal Skousen, as part of his critical text project on the Book of Mormon, has reached the conclusion that 1 Nephi 12:18 in the original Book of Mormon manuscript (which still exists for that passage) says the following: “And a great and terrible gulf divideth them yea even the sword of the justice of the eternal God” (italics added). Note that this text differs from our current edition of the Book of Mormon, which reads “word” instead of “sword.” This passage describes that which divides the wicked in the “great and spacious building” from the Tree of Life, namely, “the sword of the justice of the eternal God.” Combining Nephi’s descriptions of his (and Lehi’s) vision of the Tree of Life, we have “the justice of God” represented as both a sword and a flaming fire—combined, a flaming sword.
[9] M. Catherine Thomas, Light in the Wilderness: Explorations in the Spiritual Life (Salt Lake City, UT: Digital Legend Press, 2010), 152.
[10] Ibid, 160.
[11] See the Mind-Body-Spirit Chapter.
[12] The scriptures say there must be “an opposition in all things” (2 Nephi 2:11). The prophets were, of course, speaking in the context of the world of maya. Opposition is not needed in the higher realms. Once a person has achieved the level of purity that qualifies him or her to stand in the presence of God, the need for opposition begins to diminish, along with its effect on the body/mind. We know from Biblical and extracanonical sources that the bodies of the extremely pure are changed (e.g., St. John, the three Nephites, Enoch and others) so that they are no longer subject to opposition in all things. It is my opinion that after this change, eternal progression occurs by harnessing the same principles of polarity, but only the purest forms of polarity, such as the male and female polarity, which is used to create spirits and worlds—hence the importance of eternal marriage. I discuss this further in the temple chapter.
[13] 1 Nephi 11; see also 2 Nephi 9:41.
[14]You can learn more about dark spirits and interference on page xx.
[15] Instructions on how to do Breath of Fire are on page xx.