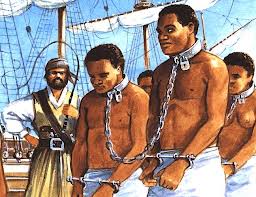 I wrote a part 2 to my earlier Chainbreaking post. I posted it on my other blog. In case you missed it, here is an excerpt to

....Many people with chronic illness or dis-ease have a problem on this level. And of course, if it goes on long enough will affect all the other levels.


“Rather than a genetic inheritance of a physical weakness, it is an energetic legacy of an injustice which the family never dealt….The range of issues that can be the source of the energetic legacy is vast, but it usually involves a family member who was excluded in a previous generation. When the other family members don’t go through the deep process of grieving the excluded one, whether the exclusion results from separation, death, alienation or ostracism, the psychic interference of that exclusion is passed on.”


Here is a condensed example: A woman has asthma since she was 2 years old. Dr. K discovers it is a problem on the intuitive level. They find out that the woman’s mother lost a sibling at age 2. The baby died and was buried behind the house in an unmarked grave and never discussed again in the family. The next baby was given the same name, as if the first had never existed, or worse, been replaced. This kind of exclusion violates a basic principle and that is that everyone in a family has a right to belong.


When the woman discovers this, they do some therapy (basically a hypnotic journey where the woman speaks to her dead mother’s sibling and acknowledges her, tells her she loves her and brings her back into the family and into her heart.) The woman’s asthma is 60% better after this intervention. A few months later, she completes the process by putting a grave stone at the property the family still owned. Her asthma then was completely gone and it has been more than eight years.....

It gets even more exciting when I discover the source of my chains. You can read the rest here.
Labels: chain breaking intuition mental health mind-body connection