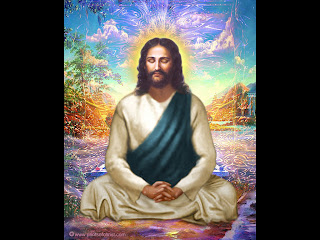 For years I have always believed that Jesus was very involved in Kundalini Yoga, either in its creation 5,000 years ago or in his lifetime or both. So I was not skeptical at all the first time I heard that Jesus’s lost years were spent in India. By lost years, I mean the years that are missing from the gospels: age 13-29. I’m not sure why the “loss” of these years was accepted for so long by so many people. It has always been hard for me to believe that someone like Jesus would sit quietly building houses for 16 years, or go to Egypt and leave no trace.

Since Joseph Smith restored the Gospel of Jesus Christ and opened the heavens to this dispensation in 1820, many other things that were “lost” have been restored. For example, many ancient scriptures have been re-discovered. If you are LDS you are probably familiar with the papyrus scroll that surfaced in the early 1800’s and eventually came into Joseph Smith’s hands. That scroll was translated and is now included in our cannon as the Book ofAbraham. You may have also heard of the Dead Sea Scrolls, discovered between 1946-1956 If you haven’t, just wiki it.  There has also been tons of archeological and anthropological evidence that has surfaced that supports the Book of Mormon or tells us more about Biblical times.

Among these many cool re-discoveries are ancient records from Tibet that cover Jesus’s doings in India from age 13-29. These records were first heard of in the west in the late 1800’s when a Russian explorer Nicholas Notovitch brought back a translation of the Tibetan scrolls and published them under the title, The Unknown Life of Jesus Christ.

The lore about Jesus in India was never a new idea to the folks in India. Along the route he traveled and in the places he live, there is plenty of oral tradition, folklore and myth surrounding his life. There is even a pool where he supposedly washed his feet that is still named after him. He was known there as Master Issa.

I am not saying that these records are gospel truth or should be included in the cannon or anything, (you’ll have to read them for yourself) but I am saying it is interesting reading and more facts to consider. I have read all 3 translations of the scrolls that have surfaced, as well as all the history and controversy about their discovery. It’s a wild story, but also typical of many stories where East meets West: Notovitch’s book was a sensation, but not well received by critics. They said it was phoney, etc. Then more evidence showed up. Now many people accept it as a given that Jesus was in India.

If you want to read it for yourself, the best compilation of the history and the published versions of the parchments can be found in a book by Elizabeth Claire Prophet titled, The Lost Years of Jesus Christ. You can get it at the library. However, if this is all new to you, then I know you are dying for a quick synopsis of what Jesus was doing all those years. 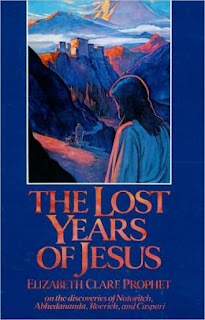 It is not a long work—244 verses arranged in 14 chapters. It beings with stuff you’d be familiar with from the Old testament and the history of the Isrealites, then the birth of a divine child to poor and pious parents. God speaks by the mouth of this youth and people from all over come to hear him. Then around Issa’s 13th year, Issa’s parents start to look for a wife for him. (That was the traditional age.) But Issa had his own plans and according to the manuscript, he secreted away with a caravan of merchants and traveled east in order to perfect himself in the “Divine Word” and to study the laws of the great Buddhas.

They say that Issa was 14 when he crossed the Sind. His fame spread quickly, as it had in Palestine. The Jain’s asked him to stay with him, but he went to Juggernaut where he was taught by the Brahmin priests who taught him to understand the Vedas and to teach, heal and perform exorcisms.

If you know Jesus, then you will not be surprised by his response. “God the Father makes no difference between his children; all to him are equally dear.” (Unknown Life of Jesus Christ, Chapter 5:11

He ignored their injunction, and they plotted to kill him. Warned by the people, he left by night and went to the foothills of the Himalayas in southern Nepal. After 6 years of study, Issa "had become a perfect expositor of the sacred writings.” He then journeyed west, preaching against idolatry along the way. He finally returned to Palastine at age 29.

The text doesn’t end there. It also includes a brief version of Christ’s ministry in Palestine and his crucifixion. This part of the story was allegedly written down three to four years later based on accounts that came to India from merchants who had witnessed the events. This part of the document differs from the version in the gospels quite a bit, (Pilate was behind the whole plot to crucify him and not the Jews and there is outright denial of the resurrection) but is still interesting as it shows the perspective of outside viewers at the time.

Obviously, you’ll have to read it yourself to see if you can feel any truth, but there’s the synopsis.

Why is this important? And how does it relate to life now?

Well it seems to be an important piece of the puzzle if you are to possibly consider that Christ understood the ancient yogic mediation technology and taught it to his apostles. This is what I will be delving into in the next few weeks in a series of blog posts about Christ's Yoga. Many people have written about how the Gospels are layered with yogic teachings. Paramahansa Yogananda, founder of the Self-Realization Fellowship, wrote a book called The Yoga of Jesus, in which he attempts to show how Christ's teachings unify East and West. I have read his book (and others)--but I have to tell you, it's not always easy to understand (his characters per word count is very high). And as many LDS people know, the Bible is not always translated correctly. So I have also been looking in the LDS cannon--specifically the Book of Mormon (which is another testament of Jesus Christ and which we acknowledge as the most correct of any book) and the Doctrine and Covenants for verity. What I have found is pretty awesome. Get excited. It's coming.
Labels: India Jesus's yoga kundalini yoga lost years meditation