What To Do About Jesus In the New Age

I want to share what I have learned from being in a new age spiritual community and also being a member of an organized religion in a cultural climate where God has become the G-word and Jesus is often associated with Piscean era patriarchy and fanaticism. The truth is, as we all know, lumping people into categories is easy but highly inaccurate. I am a member of the Church of Jesus Christ of Latter-day Saints and also a kundalini yoga and meditation teacher in my community. For centuries these kinds of worlds had little crossover, but essentially, people in both were seeking the same thing. More light. More truth. 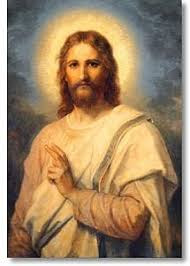 It’s not surprising the worlds are coming together in this new age with the world becoming so small and information so available. But there are still growing pains, especially for those who have a Jesus background and aren’t sure how to make the transition without throwing Him aside.

Communication is the trickiest thing in the world because most of us don’t really listen to what other people are saying but to what we think they are saying. I won’t go into all that right now. It’s a whole thousand hour course if it wants to be. It’s the course of our lives.

Here’s the gist of a pain point I hear a lot, from different sides. When people talk about great teachers like Mohammad and Buddha and Ghandi and they lump Jesus Christ in there as “one of the great teachers” a lot of Christians feel uncomfortable, at best. And from the other side—a lot of new age spiritual people like Jesus—they like him a lot—but feel like they have to like him secretly, or make sure to mention all the other cool guys out there too so no one feels left out or uncomfortable, or because they don’t want to be mistaken for some kind of person people can put into a neat little category.

When you write about Christ-centered Kundalini Yoga, you get a lot of people confessing their secret love of Jesus to you. Some of them are turban wearing Sikhs. Some people were once raised religious in childhood and left it because of some pain, but they miss Jesus. Some grew up with no of religion but they have found Jesus or Mary or angels popping in all over in their lives, and they ask me a lot of questions about my experience with Him.

Some, like my husband, love Jesus and have thought of him as the savior, but have also studied world religions and seen so much amazing light in all and they don’t want to commit the Piscean error of tossing everything out that doesn’t fit the Christian mold.

He grappled with this a lot. Like me, he reads the Koran, the Bhagivad Gita, The Hebrew Bible, Buddhist texts, The Book of Mormon and just about any spiritual texts that we can get our hands on.

I personally have never had a hard time incorporating what I read to expand and deepen my faith in Christ. I have a special gift for it. But I realize that it is difficult for many people, so it has been interesting to watch his progression.

What he came to after studying all many religious is that all of them point to Christ, and none of these other great prophets ever claimed to be the Messiah or Christ. Buddha said that he was not the savior but that one would come and you would know him by his hands and his feet. Mohammad never claimed to be the savior. Muslim doctrine acknowledges that Jesus Christ was the son of God.

What we need to remember is religion has been through thousands of years under Piscean influence and also, there wasn’t much interaction between east and west during that time. Different religions have served different purposes in their particular place and culture and have prepared that part of the world for this future time—now—the Aquarian Age, where we are preparing to usher in the Age of Peace (1000 years of peace according to the yogis, and Christ’s 2nd coming and millennial reign according to the Church of Jesus Christ.)

So, just to reiterate what my husband realized it is that yes all those men and women were fabulous and none of them will be sad or jealous if we acknowledge Jesus Christ for being who he said he was and doing what he came to do, which they never claimed to be here for.

So if you want to know if Jesus matters, or if all these great teachers are saviors of men too in their own way—I would say: They are so awesome. But none of them ever said they were the one or that they were the way. I believe that the way, which Christ speaks of, is the way he did it—he achieved oneness with this Father and triumphed over death through prayer, study, fasting, years of deep meditation, cleansing and purification ordinances, things they called “the mysteries” (which we are learning now were actually secretly taught meditations and temple rites), and many other ways of being that we can emulate.

So can you be a Buddhist or a Muslim or a Sikh and follow Christ? I say Yes, why not? If you have questions that aren’t answered yet, just keep patiently searching and seeking.

My favorite commandment from Christ is this: “Follow me, and do the things ye have seen me do.”

If you are no religion do you need to go get baptized somewhere? That’s up to you and the power greater than yourself that I call God, but you just call whatever you feel comfortable. That power will guide you.

As a side note, I personally believe the word God incorporates the divine father and mother together so it is always both the woman and man. But everyone has their own relationships with the divine how they can. We don’t have the relationships we wish we had. We have the relationships we CAN with the knowledge and experience and skill and baggage we have at the time.  This is true for all our other work and our relationships as well. The spectrum of progression is vast and I have to trust that everyone is on their own path and journey and that God has them. Is holding us all exactly as we are, patiently loving us. 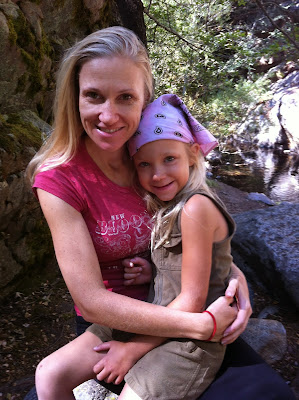