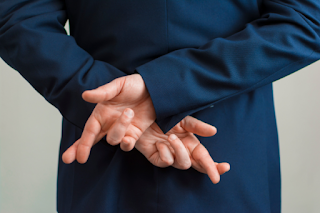 Last month in my reading I have accidentally come across two scriptures that mentioned false witnesses within a couple days. One was in Psalm 27. This is the psalm that is read every day during the Hebrew month of Elul. So I decided to read it. Verse 12 says:

12 Deliver me not over unto the will of mine enemies: for false witnesses are risen up against me, and such as breathe out cruelty.

I was wondering about this idea of bearing false witness, and I asked God to explain to me why people would bear false witness. I was given several answers. I'll share about that in a moment. The next day it was still on my mind and I asked why was it so important that it got its own commandment rather than being a subtenant of Thou Shalt Not Lie. I'll share what I got on that too. And lastly, I felt I should examine how I, and anyone else, could more fully live this commandment.--I'll share that at the end.

So here is what the Holy Spirit Taught me about why a person might bear false witness. There are several possible reasons and many may be combined.

1. Corruption: They have something to gain, such as money, power or prestige.

2.  Anger: The red hot devil of revenge. They want to get someone...or many someones. If you want to learn more about revenge and how it usually turns out, I recommend reading Moby Dick.

3. Sometimes people bear false witness as an attempt to divert attention from their own sins. People are often not very creative in their projections and will project the exact nature of their wrongs onto someone else. For example, in the early days of the Church of Jesus Christ of Latter-day Saints, there was a man who joined up with the saints in Navaoo named John C. Bennion. He was good at making friends and worming his way in to places, and even though the Prophet had heard that he might have left some trouble behind him, he was welcomed and given some status and responsibility in the church. Then he proceeded to seduce women, lots of them, and good women, and the way he did it is that he said it would be legitimate because he would make them his "spiritual wife" and that the prophet Joseph Smith was doing the very same thing.

When he was finally found out, Joseph Smith was extremely upset about all the women that had been taken advantage of, but Bennion cried and promised to clean up his act if they just wouldn't kick him out and publish his deeds. So of course, the prophet forgave him and gave him some sort of probationary period. But Bennion was at it again almost immediately. Same stuff. He was once again brought into a church court and cried and acted repentant. He was again forgiven... you can see where this is going. He did it once again. In the end they had to kick him out of their community but they decided not to publish the full details of the scandal, but were eventually forced to publish a very long article to explain everything and set the record straight--because John Bennion, miffed and venegul, went off and published a book about Joe Smith and the Mormons and in it he accused the prophet of doing all the things he (John) had done. This created a lot of chaos that is still being sorted out today. Lots of people are still really confused about what Joseph Smith actually did and did not do (especially with women). If you want to read the primary sources on this, there are a couple of books out there with alternate polygamy narratives that have compiled a lot of good solid sources and transcriptions of the meetings (although I haven't finished reading any of them so I can't recommend them until I do. )

4. Fear. - fear has lots of subcategories. Here are some:

- A person may be threatened or coerced.

-They may fear being ostracized or abandoned, which for a young or dependent person is a primal fear and could mean death.

-Fear of being on the losing team--similar to above.

-Here's a doozy: the fear of pointing the finger at the real person who did the crime and instead pointing it at someone who is "safe" and not likely or able to harm or retaliate. Like the dead guy, or the old woman or man with demensia, or the black man who chops wood in the yard (as in To Kill A Mockingbird).

I have a friend who did not remember her sexual abuse until she was in her 20s. She did remember that as a ten year old developed a huge phobia of tornadoes, spiders, dogs and several other things--because these were thing she could safely point at. It was not safe to point to the real source of her terror, the father who was supposed to be her protector, who was instead a monster living in her own house.

This is not uncommon to point our terror elsewhere, at people and things.

So, seeing as how I can't know the intention or the why of a person bearing false witness, I can't really judge them. Oh, and it's not my place to judge them. That's a relief.

So then I wanted to know why the 9th commandment was so important that it got it's own and not a subcategory of the No Lying commandment.

The answer I got was that it was not just a lie. It does not just take one person down or yourself down, it can take a lot of people down. When people bear false witness it confuses things for other people who can not yet discern like ninjas or who may have normally good discernment but have trauma triggers that cloud their discernment or perception of reality in certain areas. This can confuse whole generations who about what is good and what it evil. It can divide families, countries, people fight wars over things that are started this way and many lose their lives.

I asked what to do about this in our day. There are so many "witnesses" of things and it seems like every leader or teacher is being accused of treachery.  I was sent this in an email from the Isaiah Institute.

The prophet Isaiah warned that in the end time there would be "fake news," stating in chapter 8, verse 12:
"Do not call a conspiracy all that these people call a conspiracy;
be not afraid or awed by the thing they fear."

And in Isaiah chapter 29, verses 20 and 21:
"Those who watch for iniquity shall be cut off—
who at a word judge a man to be guilty."
—Isaiah Institute Translation, isaiahexplained.com

The Lord gently reminded me that I don't have to judge at all. That's His job. He's got all the information. No one else does. I need to just keep doing the things that bring me closer to Christ and improve my conscious contact with my Heavenly Mother and Father. So there are many things I don't read or watch, because they are basically just asking me to be someone else's judge, and it diverts my energy from my mission, which is to love and teach and heal. I don't really care so much what my friends or students or family believes as much as I care about what they get from me, which I hope is love, kindness and healing. I can respect where people are coming from and their different beliefs and still be friends with them and I hope others can too. At the very least, I will invite them to still be my friend. What a mature way to operate in the world. I really hope I can live up to it. 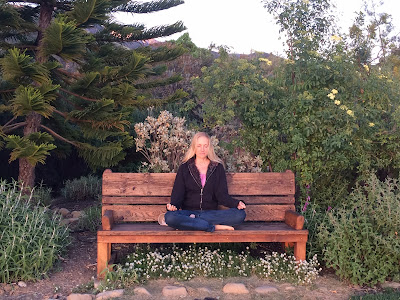 So lastly, I asked God how I am part of the problem and how I can live this commandment better. I just explained some of that answer in the paragraph above, but here is one more thought I had.

I am a storyteller and I love reading stories and hearing them. Stories are a great way to teach. I used to help people write their life stories and I think everyone has an important story. But this realm of personal storytelling has in the last 20 or so years been renamed Creative Non-fiction. Wisely I think. Because memory is much more of a creative process than one of opening a file that is static. Every time we open a memory we actually relive it and add new things to it, and it is overwritten every time. This is one of my favorite things about memory. We can alter the past. This is not good or bad. It is an opportunity to have a bigger experience of something. And I can do my part to re-vision my own memories in a way that gives me a bigger experience of my own divinity. That's the important thing to focus on for myself and others--a bigger experience of our own birthright and divinity.