This is the diary of my 25 day mono fast. A mono diet means I can eat, but only certain foods. This diet is called the Kitchari Diet and lots of Kundalin Yogi's do it for 30 days. I have to travel in February, so plan to go to 25 days. My basic diet consists of mung bean and rice soup, fruit and yogurt and Yogi tea. I know this will sound like a peace of cake to some people, but I have never dieted in my life. True, I am lacto-vegetarian, which means I don't eat mean or eggs, but making life style changes isn't hard for me. Temporary restriction has never been my thing. (Note: This diary is not happen in real time. I'm about a week ahead of you right now)

Day 1 - I officially started fast last night even though I ate mung bean soup all day yesterday, because I liked it not cuz I had to. So this is more like a day 2.  I guess my intention is Peace. So many intentions come to mind but I guess they are all tied to peace. I really want to align my mind with the divine mind. Today was hard, though. I was super grouchy and felt hungry even though I could eat as much as I wanted of my limited foods. Hmm. Subconscious mind seems to have figured out what is going on.  It felt like hunger but I realize it is just withdrawls from whatever needs food is meeting. Or I guess not food in general---because I am eating--but something about cooking or shopping or thinking about food or variety of foods. Who knows. Blah. I hope it gets better. I didn't expect it to be the same as a fast with no food. But I guess it is, then I should be feeling euphoric in another day or two. Part of me thinks this is just because expectation creates experience, but I thought I cleared all my fears of fasting with that journey last week where Jesus gave me a whole wheel barrow of books to eat. Ha. That sounds funny. But it did take away a lot of my fear and weird freaky cravings I was having just thinking about fasting. One thing that surprises me is how much time I spend thinking about what meal I am going to cook or have next and now I have all this time freed up.

I am thinking about my behavior today and how it wasn't very good. And how it is often bad when I fast for just one day.  I think darkness has more access to us when we are vulnerable, which seems counter productive to the concept of fasting. I just realize how important it is to really prepare to fast and to make it as good an experience as possible. For example, I should up the essential oils and the vitamins and the mantras and all the tools, and make sure that kids are taken care of. Amarjot is totally fending for herself. But I made sure she has lots of options when she doesn't feel like mung bean soup. But she is kind of having a similar reaction to my fast. It's almost like she is doing it with me. Better check her aura/sheild and make sure she is not taking on my stuff.

Day 2 - Had intense orgasmic dream last night. It went on for a while. I don't remember much but I woke up and realized what was happening and so I thought, I better let this play out. It's a good physical release. It was so strange. In the past when I have been awakened by an orgasmic dream I would feel like I won the lotto. But this time, it felt empty and like just parts moving. It was all second chakra and no sixth chakra. There was no ecstasy in it at all.  I realized I must be venting second chakra issues. I also realized that I haven't missed the physical thing we call orgasm because I have been living in so much bliss all the time with meditation. Proof that all this yogi stuff works great for celibate people.

But I see that my fast has been releasing some lower chakra issues that I may have been feeding with food. Also, the sense associated with the second chakra is taste. So that sort of makes sense.

I have heard Yogi Bhajan say that a wet dream is horrible for a man's nervous system. That it is like 11 tornadoes going through him. I wonder if it is the same for women. Anyway. Weird dreams I guess are a good sign that subconscious stuff is shifting.

Day 3. Upset. So upset I did the Meditation for Upset. (It is Stage One on the 21 Stages of Meditation.) I did it last night and this morning. And will prob do it again tonight. But as I was relaxing this am after my meditation I figured out that there was some generational issues with the label of "deprived." I have slave ancestors. Africans. Black people. They were deprived a lot of basic human rights and dignity. And I felt my ear burning as I realized this and they were all there telling me that they were ready for me to heal them. Sigh. That's what that thing in my patriarchal blessing was all about... So I did a generational healing journey and it was awesome. Someone way back was deprived of his wife. They took her away. And they were basically denied marriage relationships in any real way because they could be easily severed. So that explained a lot and healed everyone going both directions and out and down. Then at the end of the journey some babies came and hijacked the journey. I wrote about that here. 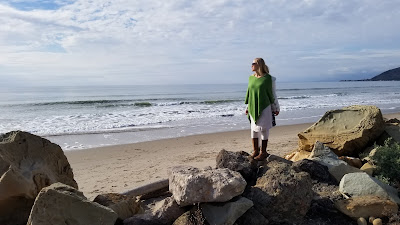 A Return To What Was Good -- Surrender